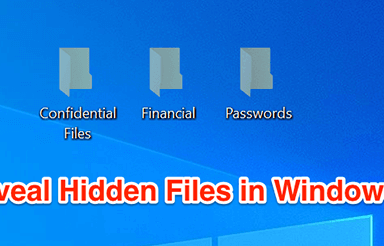 How To Show Hidden Files In Windows 10

Plus how to hide them again 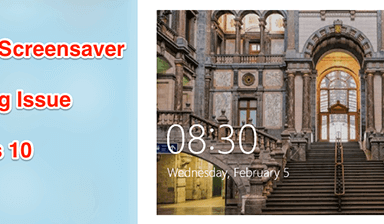 How To Fix Screensaver Not Working In Windows 10

No downloads or third-party apps required

How to Fix Registry Errors in Windows 10

Plus how it works and what causes them

The Windows Registry is a huge database containing configuration settings for programs, hardware, and applications running on your computer. Each time you install a program, its values and keys are […] 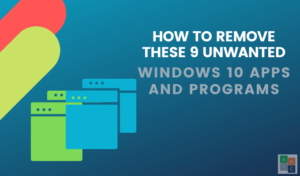 How to Remove These 9 Unwanted Windows 10 Apps and Programs

Keep your system clean and free of bloatware

Do you use all the programs in your Microsoft Windows installation? It is not uncommon for your system to have installed apps or programs that you don’t realize are there. […] 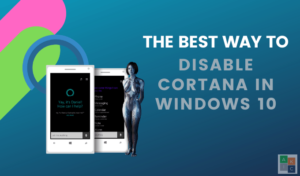 The Best Way to Disable Cortana in Windows 10

In 2015, Microsoft released the final version of Windows 10. It came with many advantages over previous operating systems as well as a pre-installed virtual assistant. Many users were not […]

How To Enable Or Disable The Transparency Effects in Windows 10

Plus a free tool that gives you even more control

As was the case with Windows 8, Windows 10 provides a bit of personalization in the form of a desktop taskbar transparency option. This will allow your desktop wallpaper to […]

We show you the only ones worth trying

If you’re wondering how to run your favorite Android apps, but you don’t have an Android tablet or smartphone handy, you could think about using an Android emulator instead. This […]

Start, Taskbar, And Action Center Grayed Out In Windows 10? How To Fix

For both custom and default themes

If you’re using a light theme on your computer, you’ll find that the Start, taskbar, and action center option in the color settings menu is grayed out. It means you […]

How to Detect Rootkits In Windows 10 (In-Depth Guide)

Back in vogue, hackers can steal for years

Rootkits are used by hackers to hide persistent, seemingly undetectable malware within your device that will silently steal data or resources, sometimes over the course of multiple years. They can […]

How To Update Windows Without Windows Update

via Microsoft or third-party apps

Windows updates should be installed directly from the Windows Update utility built into the operating system. But what if it doesn’t work? If Windows won’t update or you can’t see […] 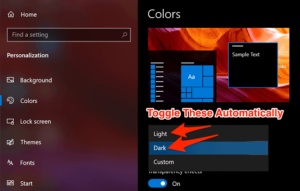 How To Automatically Toggle Dark & Light Modes On Windows 10

You only need to set it once

If you don’t already know, your Windows 10 computer comes with a dark mode to help relieve your eyestrain and give your computer a more darkish look. The option is […]

How To Fix Windows Hello Fingerprint Not Working In Windows 10

We'll show you 13 workarounds to this problem

Windows Hello is a more secure way of logging into your Windows 10 device without struggling to remember your password. The futuristic login technology uses biometric authentication that’s faster, more […]

How To Automatically Shut Down a Windows Computer

We'll show you every way to do it

Windows allows you to automate a number of tasks on your computer and one of these is the automatically shutting down your computer. You can actually create a schedule for […]

Enjoy the best of both worlds

While Windows dominates the desktop PC world, those who love MacOS really love MacOS. Apple’s enduring operating system has a lot to recommend it and is filled with hundreds of […] 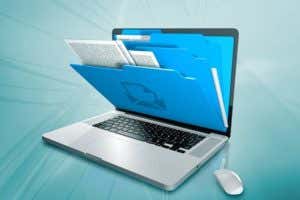 Obscure Windows System Files and Why You Should Know About Them

Makes for great icebreakers at parties

How to Set Up the Windows 10 Built-In VPN Service

Can be confusing if you're not tech-savvy

We’ve seen a rise in Virtual Private Network (VPN) usage over the last few years and the trend doesn’t seem to be slowing. More and more folks are wanting to […]

Technology is a tool for all, which is why Microsoft made several vital improvements in Windows 10 to help people with different disabilities have a better experience. Most priority features […]

How To Set Up Virtual Desktops In Windows 10

Be more productive with just one screen

Windows 10 has a built-in feature enabling users to not only connect two or more computers to one monitor but to also create multiple virtual desktops. Each one will display […]

How to Use Windows 10 Compatibility Tools to Run Outdated Apps

But be aware of the risks

Most programs and applications that were created for earlier versions of Windows will continue to work in Windows 10. However, some applications are no longer compatible and might not run […]

by David Trounce on Oct 31st, 2019
Do not share my Personal Information.