How to Use Storage Spaces on Windows 10 for Data Backups

Free up space and reduce errors

Why waste the excess CPU usage? 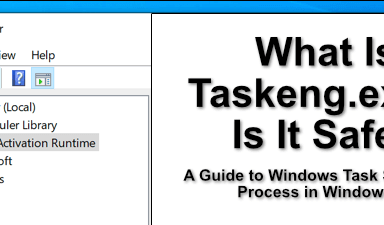 What Is Taskeng.exe and Is It Safe?

We explain it all for you

Everything that you need to know

When a Windows PC is running, millions of computations are taking place, telling the computer how to do everything from loading a web page to opening a piece of software. […]

How To Fix an Unmountable Boot Volume in Windows 10

The full rundown of all the steps

The “Unmountable Boot Volume” stop code in Windows 10 shows up whenever your computer fails to read the HDD or SSD partition that houses Windows 10. It’s another one of […]

What is Steam Client Bootstrapper (and Is it Safe?)

There's no such thing as the perfect application

How to Change File Type in Windows 10

When we refer to files like MP3s, ZIPs, or PDFs, we’re referring to the file type (or file extension) that allows the operating system to identify what type of file […]

How to Fix Werfault.exe Error in Windows 10

When the error tracker is the error

Windows 10 has no shortage of cryptic errors and seemingly random problems that crop up from time to time. Which is probably why Microsoft has a dedicated program whose job […]

How To Create a Windows Service

We're not talking buckets and squeegees

Sometimes you need an app or script to keep running whether you’re logged into your computer or not. Maybe it’s a PowerShell script to monitor ports or a web server […]

What Is the Microsoft Windows Search Indexer?

Plus, how you can customize it

The Microsoft Windows Search Indexer, which shows up as SearchIndexer.exe in your task manager, has a pretty useful job. It makes your searches in Windows go much faster. However, you’ve […]

The screen that nobody wants to see

The dreaded BSOD or Blue Screen of Death has been around since the introduction of Windows 95. It’s a dreaded error screen that pops up with little or no warning, […]

What Is the Difference Between Sleep and Hibernate in Windows 10?

Maybe someone should tell Goldilocks

How often do you think about the power usage of your computer when you’re away from it? While computers have become pretty power-efficient they can still be significant power hogs. […]

How to Hide Files and Folders in Windows for Free

A first line of defense against security attacks

There are always some files that you want to keep away from prying eyes. It can be confidential information from work or even something as simple as a school essay. […] 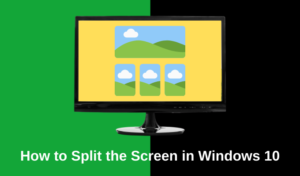 How to Split the Screen in Windows 10

Do it via keyboard or mouse

Windows 10 comes with a lot of features that help boost your productivity. One of those is the ability to split the screen in Windows 10 with very little effort. […]

What Is the Bonjour Service (and Do You Need It)

Bonus: you learn a word in French

Apple products work well with other Apple products, but less so with Windows or Linux. It isn’t easy for a Windows PC to share files with a Mac, or for […]

What Is Windows Audio Device Graph Isolation (and Is It Safe)

We break down this important process

There are plenty of Windows system processes with long, confusing names, from the WMI Provider Host to the Client Server Runtime. If you ask most Windows users what they do, […]

What Is Windows Modules Installer Worker (and Is It Safe)

It's not a tiny man in a hard hat

As one of the many system processes on your Windows PC, the Windows Modules Installer Worker plays a critical part in how Windows operates. You may not know it yet, […]

How to Fix an Audio Renderer Error in Windows 10

Annoying software-related problem and how to fix it

Do you keep getting an “Audio renderer error. Please restart your computer” message while watching—or trying to watch—YouTube in Windows 10? If you haven’t already, do what the message says […]

How To Rename a Printer in Windows 10

Call it Printy McPrintface if you want

When adding a printer in Windows 10, it’s given a default name. The manufacturer name such as Brother or Canon, for example, followed by the model number of that specific […]

How to Clear the Clipboard in Windows 10

When you cut or copy something on your computer, it’s automatically copied to the clipboard so that you can paste a copy of the item elsewhere. The October 2018 Windows […]

by Elsie Otachi on Oct 22nd, 2020
Do not share my Personal Information.