If you have your own small business, you’ve probably realized the benefits of free software by now! Yes, it’s nice to get a little technical support by buying software from big companies like Microsoft and Adobe, etc, but sometimes price trumps everything.

But if you’re looking for a simple and elegant solution to creating PDF documents for free and getting the same results as if you were using a commercial application, then check out the following list below of my favorite PDF writers and printers.

CutePDF is by far one of the best programs out there for creating PDF documents on the fly. It basically installs as a new Printer on your computer and whenever you want to create a PDF document, just print to the CutePDF printer. 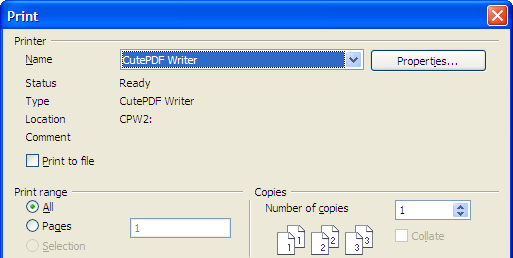 It works on all operating systems from Windows 98 to Windows 10 64-bit edition. It’s fast and generates small PDF files. The other great thing about CutePDF is that it has some advanced features like an API, so that you can integrate PDF creation ability into your custom applications and even into a Citrix or terminal server environment.

PrimoPDF is another basic PDF creator that is simple to use, but does have an ad in it. It works in the same way as CutePDF, whatever you can print can be converted into a PDF file. The one nice feature it has is that it can create different sized PDFs depending on what you want to use it for: online viewing, eBooks, office printing, and prepress (high-end printing).

You can also combine multiple PDF files and secure your PDF files with passwords. You can also add metadata such as Title, Author, Subject, etc. to the document.

It also includes translations in a bunch of other languages, so if you have a company with offices all around the world, this would be a good choice. For the IT people, it can be controlled via the command line and has a COM/ActiveX interface so you can control it programmatically. It works with Windows 10, 8, Vista and XP and server versions of Windows too.

doPDF is similar to CutePDF in terms of the features it has to offer. It’s a basic PDF creator and gives you the ability to control the output quality, which the other programs do also, but they have more features. Overall, it’s probably not worth using unless you can’t get anything else to work. 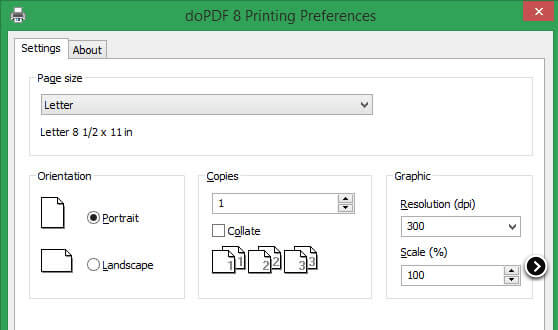 It does support 64-bit systems and doesn’t require GhostScript like CutePDF Writer. Also, the PDFs are searchable. Bullzip has the most features, but for some reason does not create searchable documents all the time. It does on some programs like Word, but doesn’t for Excel.

PDFCreator is probably the second best PDF creator on this list in terms of features. It’s not nearly as basic as CutePDF Writer and almost has the same number of features as Bullzip except for 64 bit support and some lacking watermark abilities.

The great thing about PDFCreator is that it also has a server install program that can be setup on your print server and therefore used across the network without having to deploy it to each computer individually. If you don’t need all the features of Bullzip, this might be the best option for a small business network.

TinyPDF is another very basic PDF creator like CutePDF. It’s only good if you want to install something that is very “tiny” and fast. It doesn’t have all the big features like password protection, encryption, metadata editing, etc.

However, it’s super small (586 KB) and converts super fast. It does allow you to append and merge PDF documents and supports large paper size for desktop publishers and CAD engineers. Also, it does create some of the smallest PDF files out of all the programs. It supports Windows XP all the way up to Windows 10.

Finally, there is PDF995, which allows you to print any document to PDF format for free. It also has a slew of other features, which makes it pretty great. However, I don’t like the fact that it displays advertising if you are using the free version. There are several above that I mentioned that do not display any ads, so PDF995 has some tough competition!

I’m sure there are more programs out there that can create PDFs for free, so if I missed one, please post it in the comments! Enjoy!

How To Install a Linux OS On Your Android Phone