Reading: How to Trace Dependents in Excel
Back To Top

How to Trace Dependents in Excel

Find out which cell values are connected

If you work with formulas a lot in Excel, you know that the value of a single cell can be used in a formula in many different cells. In fact, cells on a different sheet may reference that value also. This means that those cells are dependent on the other cell.

So let’s say you wanted to know the dependent cells of cell C3, which has a value of 10. Which cells will have their values changed if we change the value of 10 to something else? Obviously, it will change the sum and the average.

When you do this, you will instantly see blue arrows drawn from that cell to the dependent cells like shown below:

You can remove the arrows by simply clicking on the cell and clicking the Remove Arrows button. But let’s say you have another formula on Sheet2 that is using the value from C1. Can you trace dependents on another sheet? Sure you can! Here’s what it would look like:

As you can see, there is a dotted black line that points to what looks like an icon for a sheet. This means that there is a dependent cell on another sheet. If you double-click on the dotted black line, it’ll bring up a Go To dialog where you can jump to that specific cell in that sheet. 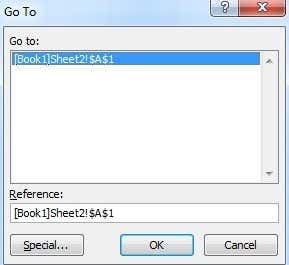 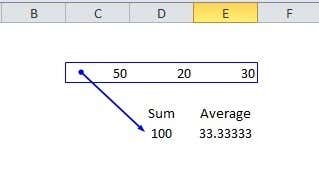 As you can see, cells C3, D3, and E3 affect the value of the sum cell. Those three cells are highlighted in a blue box with an arrow pointing to the sum cell. It’s pretty straight-forward, but if you have some really complicated formulas that use complicated functions too, then there may be a lot of arrows going all over the place. If you have any questions, feel free to post a comment and I’ll try to help. Enjoy!

How to Make Chrome Use Less RAM and CPU