You need to use a third-party app

In Windows 8, Microsoft is moving away from desktop gadgets. Instead they want developers to write Metro-style apps, which also have the ability to be docked to the right-side of the display like a gadget. Of course, if you were happy using gadgets in Windows 7, you can continue using them in Windows 8 and it works fairly well.

Note: Microsoft has removed all gadgets from Windows 8.1 and Windows 10. If you want gadgets back, you have to install them using a third-party tool. The one we recommend is 8GadgetPack. It’s virus, malware and spyware free. Also, a better option than gadgets is Rainmeter.

Unfortunately, there is no official Microsoft gadget gallery for Windows 8. By default, there are 8 gadgets that come built-in with Windows 8: 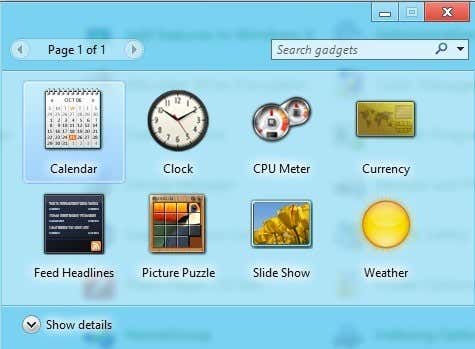 Those gadgets are Calendar, Clock, CPU Meter, Currency, Feed Headlines, Picture Puzzle, Slide Show, and Weather. If you want more gadgets, you can search for them online, download and install them, but they could contain malware or spyware, so you have to be careful.

To install a desktop gadget in Windows 8, first open the Control Panel and then click on Desktop Gadgets. 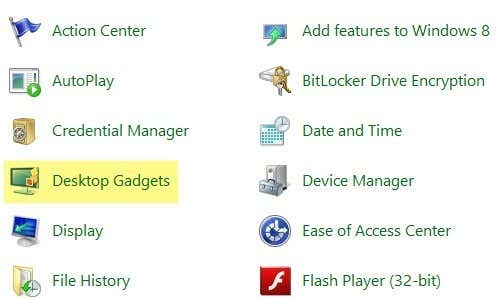 Then simply right-click on the gadget you want and choose Add. 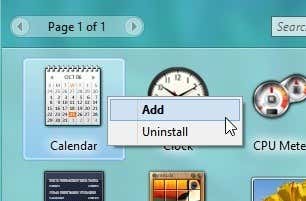 Now your gadget will appear in the right-hand side of the screen like it did in Windows 7: 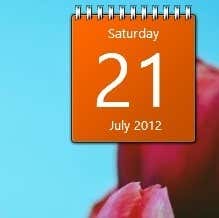 For those of you who have been using Windows 8 for a while, you might be wondering what happens if you snap a Metro app to the right-side of the screen and also have a desktop widget installed? Well, this is what it would look like:

Basically, Windows 8 moves the widget over to the left side of the snapped Metro app. I thought it would mess up somehow and either not display the gadgets or do something else, but luckily they thought about this and you can see both at the same time. So if you have a monitor that supports some ridiculous resolution and you have the extra space, you can run a few gadgets and snap Metro apps to your desktop without a problem. Enjoy!

3 Ways To Split a Cell In Excel