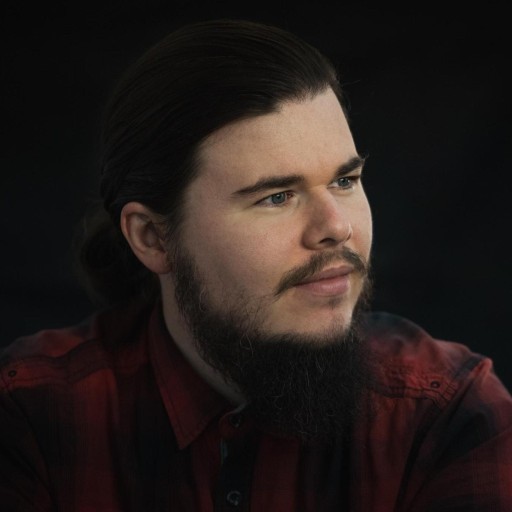 Nicolae is a technology writer with a special focus on programming languages, computer hardware, and AI image-enhancing software.

He has ghostwritten dozens of programming books, as well as Linux and Windows guides, for children and complete beginners. He also constructed blogs from the ground up for small tech businesses to help them present their products and services to non-tech customers. His ultimate goal is to find the best solution and share it with others.

Helping people understand technology and how to use it for their benefit is what he enjoys most.

His love for everything that is tech started back in the 90s when he got his hands on Terminator 2, a cheap clone of the Nintendo Entertainment System (NES) that was sold in central and eastern Europe. Nothing was more fun than talking about games, consoles, and computers with his friends. The path was set.

Nicolae launched his writing career while being on the path to becoming a full-time programmer. He discovered he had a talent for teaching others how to use technology and helping them decide which program or piece of hardware is best for their particular needs. Through constant research, testing, and writing, he continues learning new technologies to help others.

When he’s not writing, Nicolae spends his time pursuing the art of photogrammetry and developing adventure games. You’ll often find him wandering through the woods, seeking the most exciting tree stump worth photographing and turning into a 3D model.

Many creative talents choose Apple over Microsoft under the false impression that the drawing apps for Windows aren’t as polished and easy to use. The truth is that Windows isn’t […]

How To Clean a TV or Monitor Screen (The Right Way)

Back when you used to have CRT monitors and TVs, you could clean them with almost anything. The screen was made out of glass and nothing else. That’s no longer […]

A Windows touch screen laptop is the most versatile type of computer. You can use it as a laptop because it works the same and it comes with a regular […]

How To Fix a wdf_violation BSOD on Windows

The infamous blue screen of death usually appears due to faulty hardware, memory corruption, and outdated drivers. Whatever the cause, you should take any BSOD seriously and try to fix […]

How to Control Fan Speed on PC

Computers usually have multiple fans to cool off the electronics, unless you’re using a water cooling system. Your system may have one fan for the processor, another for the graphics […]

When you connect a new monitor to your PC, you might get a generic PnP monitor error resulting from failure to detect that monitor. This can also happen after upgrading […]

If you’re spending more time in front of a computer, you should invest in the best computer desk you can afford. Whether you’re working 8 hours a day from home […]

While Windows 10 is remarkably stable compared to older versions, the infamous blue screen of death is still around. Windows will suddenly pop a BSOD when it encounters a critical […]

How to Make a Phone Call From Your Computer for Free

Staying in touch with friends and family all over the world is easier thanks to modern technology. All you need is a computer, a headset, the right app, and you […]

How to Fix Explorer Class Not Registered Error in Windows 10

You tried running a program in Windows 10 and you got the explorer “Class not registered” error instead. Don’t worry. This is a fairly common error. It’s usually caused by […]

Did you start noticing XML files everywhere? That’s only natural. More data is being generated and shared everywhere in the world and XML is probably the most efficient method of […]

When you get a brand new hard drive or you suspect something’s wrong with your current one, you should check for errors. The best way of detecting various internal errors […]

How to Fix Hard Drive Not Showing Up on Windows 10

When you connect an internal hard drive (HDD), solid-state drive (SSD), or any external drive, Windows should automatically set it up for you. Unfortunately, that doesn’t always happen, and sometimes […]

How to Screenshot Only One Monitor in a Multi-Monitor Setup

You probably just started using a multi-monitor setup to increase productivity or improve your gaming experience. However, there are a few hoops to jump through with such a setup.  For […]

Whether you want to enjoy a new rock album, watch Netflix with friends, or play your favorite game, the Windows 10 audio mixer sometimes fails to optimize the sound properly. […]