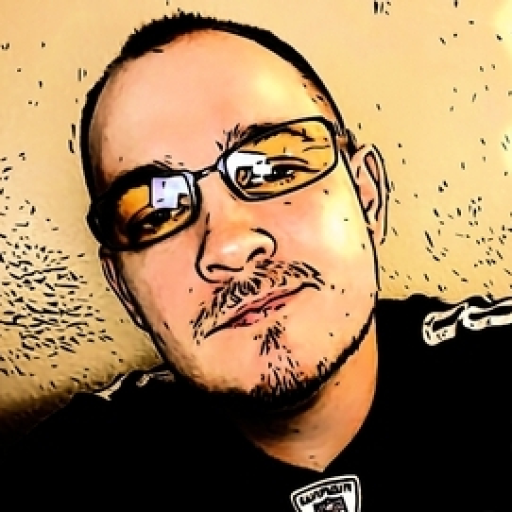 Joseph Boone is a technology and gaming writer for various online publications. Joseph has only been writing professionally since 2016 but has extensive IT training and knowledge spanning back to 2006 beginning with his enlistment to the US Army as an IT communications specialist.

He has worked many different jobs within the IT industry including server administrator to Arizona’s Department of Economic Security from 2013 to 2015 and an IT analyst for American Airlines from 2015 to 2016.

In 2016, Joseph made the decision to reboot his life by hopping on a plane to the Philippines and beginning a new career as a freelance writer working abroad. He has honed many skills in just a short period of time including SEO practices, the use of online marketing tools, website development, and various writing styles, just to name a few.

Since as early as he can remember, Joseph has been very passionate about two things - writing and video games. Prior to making money from his craft, Joseph attempted an online venture with his brother in the form of themmobros.com. The site provided gaming industry news and assisted in putting a spotlight on lesser-known YouTube creators.

Sadly, the venture was short-lived as his brother went on to bigger and better things at Amazon and Joseph branched out into a more professional setting. Still writing freelance for a handful of sites, Joseph also sets aside time during his schedule to work on his science fiction book series (unpublished) and learn new skills to help further his career.

Though the core of his career has been in IT, it’s not his field of choice. One day he hopes to make a living either streaming his online gaming sessions or creating compelling articles for the gaming industry.

There’s more that goes into visiting a website than simply typing in the domain name and pressing the Enter key. Behind the scenes there are other layers involved to protect […]

How To Defrag Windows 10 and Is It Worth It?

Over time, you’ll begin noticing that launching programs on your PC starts to take longer than usual to load. The overall performance begins to diminish and it’s quite obvious that […]

HDG Explains : What is SQL, T-SQL, MSSQL, PL/SQL, and MySQL?

There are so many dynamic websites found on the web thanks primarily to the fact that content is handled through databases. Database management requires a structural system to rationalize such […]

Taskbar Won’t Hide On Windows 10? Here’s How To Fix It

The taskbar auto-hide option in Windows 10 can be great for those who prefer a minimalist view or simply need a bit more space on their screen. You can enjoy […]

Touted as the world’s most comprehensive and broadly adopted cloud platform, Amazon Web Services (AWS) has become a giant component of Amazon’s business portfolio. Just as Amazon.com has shaken up […]

HDG Explains : What Is Amazon S3?

Do you have large amounts of data that need to be stored? Are you tired of paying large, flat-rate fees to store that data? How about the need for secure, […]

A lot of the apps you’ll find on the Google Play Store are free, but not all. Sometimes, in the case of those with a jailbroken Android device or emulator […]

8 of the Best Tech Ideas to Cope with Self Isolation

Self isolation can have serious consequences on a person’s mental well-being. Whether as an introvert purposely distancing ourselves from social interaction, or being forced into it due to a quarantine […]

How To Set Up a NAS (Network Attached Storage)

A nifty way to access our files over the internet is by using a NAS, or Network Attached Storage device. A NAS is basically a way of connecting a centralized […]

What Is Dropbox Paper and How Does It Compare?

Dropbox announced Dropbox Paper in 2015 and launched the product in 2017 as a new way to organize and collaborate with team members from anywhere in the world. Essentially, it […]

Whether you’re looking to communicate tactically with teammates during an intense session of Rainbow Six: Siege or wanting to trash talk your opponents with clear and concise vitriol, you’re going […]

Linux is an operating system kernel that has been used for many things. There are distros for gaming, business, leisure, and many other various purposes. But did you know that […]

How To Use The Windows 10 Video Editor

Although not the most powerful on the market today, Windows 10 has its own hidden video editor that gets the job done. It’s a feature of the Photos app and […]